Warning: "continue" targeting switch is equivalent to "break". Did you mean to use "continue 2"? in /nfs/c04/h03/mnt/66986/domains/nanaimoboatshow.com/html/wp-content/themes/Divi/includes/builder/functions.php on line 5518
 About | Nanaimo Boat Show

Get ready to discover…

Whether your passion is paddling, sailing, or cruising; life on the water is always memorable and unique. And the Nanaimo Boat Show reminds us all that boating is the quintessential West Coast and Island activity.

For new and experienced boaters alike, this is your opportunity to discover more and connect with people who share your passion of being on the water. That includes us!

Having been a part of the Nanaimo community since 1992, we love being on the water and organizing the Nanaimo Boat Show is our way of bringing people together to celebrate the history and culture of boating. And more importanaly, it is our hope that this inspires the next generation of boaters, who will inherit the responsibility of taking care of our water and promoting fun, sustainable boating for generations to come.

The Nanaimo Boat Show used to be called the Vancouver Island Boat Show and was hosted by the Nanaimo Port Authority. But in 2012, the Port cancelled the show and ended the annual event.

Through the ashes however, rose a group of young entrepreneurs who refused to stand by and let the boating community ignore the Harbour City. In late 2013 Nelson Hill and Odai Sirri teamed up to bring the Boat Show back to Nanaimo. Not an easy task, but through perserverence and sheer determination, the pair with their team of passionate supportors and volunteers, ensured the Boat Show would make a successful return to the Harbour City in March 2014.

Reborn in the Spring of 2014 as the Nanaimo Boat Show, much was to be different from the previous Boat Show. In addition to the name change, the Boat Show it was now held in the Spring. This turned the Nanaimo Boat Show into the official kick off of the boating season. The venue, at the new state-of-the-art marina at the Waterfront Suites and Marina meant that the show could accommodate more, and much larger yachts than ever before.

But there was the addition of a much larger upland show for onland exhbitors too, as well as more facilities and amenities for families and participants. The excitement of bringing the Boat Show back to Nanaimo was palpable and resulted in a $6 million impact in its first year back. The Nanaimo Boat Show has grown ever since. Now in its third year, the show continues to attract buyers and results in solid sales and leads.

nEW DATES TO BE ANNOUNCED 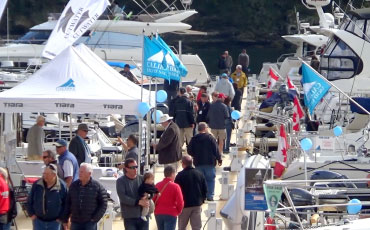 The 6th Annual Nanaimo Boat Show is a 4-day event that will have new dates announced once the COVID-19 pandemic ends. The entire show is hosted at one venue: The Waterfront Suites and Marina in Nanaimo. 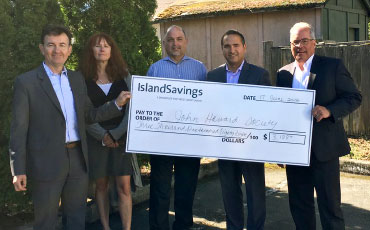 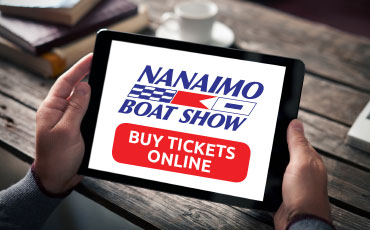 The Nanaimo Boat Show is proud to be a fundraising event for the John Howard Society. As a show that gives back to the community, your participation and attendance helps us raise funds and draw attenditon to the important work of this amazing non-profit, charitable organization.

Enter to win amazing prizes when you buy your tickets online! When you buy your Nanaimo Boat Show tickets, your purchases are entered to win a vast array of prizes. The more tickets, the better your chances!